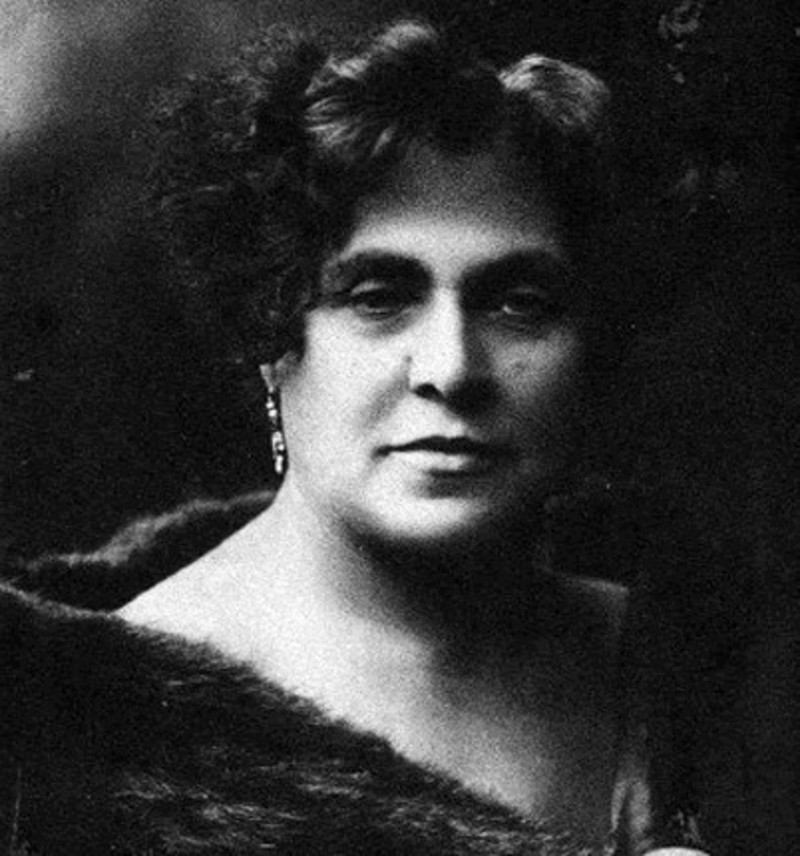 The prominent Yiddish theater actress and activist Ester-Rochl Kamiṅska (née Halperin) was born on March 10, 1868 in the shtetl of Porozovo, Grodno province (nowadays Belarus). The daughter of a poor cantor of the local synagogue, in her early youth she got self-education, earning her living by selling hats to wealthy women.

In 1892, Ester made her debut in the amateur Jewish troupe Eldorado, which was assembled in Warsaw by the entrepreneur and actor Avrom-Yitzhok Kamiṅski. The troupe traveled to towns and shtetls of Poland with performances in Yiddish. Ester married Avrom-Yitzhok - and soon became that Ester-Rochl Kamiṅska who used to be warmly received by thousands of spectators in Europe and America.

By 1900 the leading actress of the troupe, she participated in plays by leading Jewish playwrights of that time: David Pinsky, Yitzhok-Leibush Peretz and Jacob Gordin.

In those performances, the young actress revealed her the talent and lively temperament, which brought her well-deserved success. Kamiṅska's particular merit was also in perfect demonstrating the spiritual world of the Jewish woman, her inner feelings, collisions, joy and grief.

The images of Mirele Efros and Chassya the orphan in Gordin's plays, the key role in David Pinsky's play "Mother" brought her exceptional popularity and the title of "mother of the Jewish theater". This can be understood literally as well: Ester had a daughter, Ida, who also became a famous actress.

In 1912, mother and daughter first starred in a movie together: director M. Towbin filmed Mirele Efros, where Ester played the title role, whereas the thirteen-year-old Ida starred in a cameo role.

Performances featuring Ester were attended not only by Jews. The first among Yiddish actresses, Kamiṅska began performing in the theatrical classics. She herself organized and headed the Literary Troupe (1907-1910), whose repertoire included plays by Russian and foreign authors. After one of her performances, leading Russian theater figures Stanislavsky, Kachalov and Moskvin went backstage and praised the actors for their excellent acting.

The peak of Kamiṅsky's fame came at the turn of the first and second decades of the 20th century. In those years, her popularity was fantastic, she was called "the Jewish Eleanor Duse."

With the aid of philanthropists - enthusiastic fans of the actress, a special theater building was built in Obozna Street in Warsaw, where the troupe was located since 1911.