Yiddish is alive, and it will live! 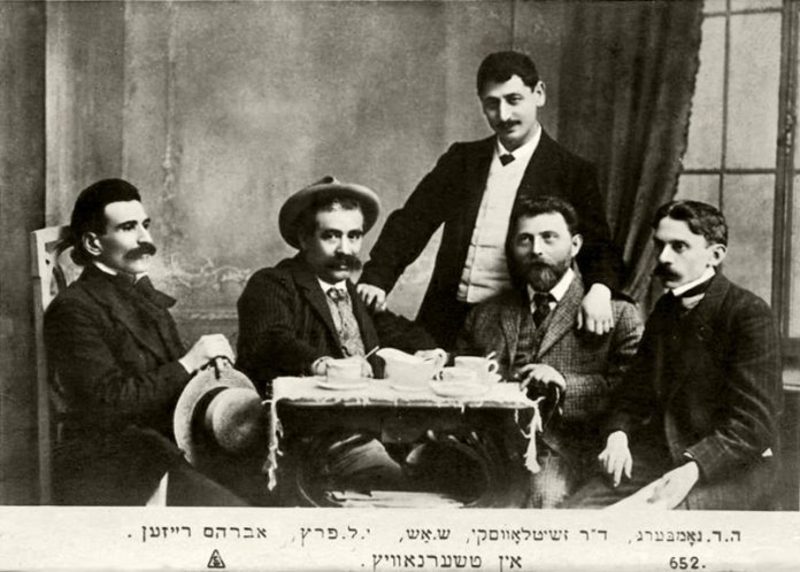 From 5th to 12th of August 2018, the Days of Jewish Culture will be celebrated in Bukovina, a south-western region of Ukraine. In the framework of this special week, the International Conference on the Yiddish language and Culture will be held in Czernowitz (Chernivtsi) between August 6 and 10.

Renowned scholars and researchers from all over the world will present their lectures and papers in Yiddish, English, Ukrainian and Russian.

The event is due to take place in the same major Bukovina city, where the historic Czernowitz Yiddish Language Conference was convened 110 years ago, in 1908. That was the first international non-party conference to deal with the role of Yiddish in Jewish life. The forum proclaimed Yiddish a modern Jewish language with a developing high culture.

Numerous younger Yiddish researchers and activists from Ukraine, Israel and other countries will also attend.

The forthcoming conference is being organized by:

- the Hebrew University of Jerusalem;

- the International Yiddish Center at the World Jewish Congress;

- the Center for the Study of Culture and History of Eastern European Jewry at the National University "Kyiv-Mohyla Academy" in Kiev;

- the Museum of Culture and History of Bukovina Jewry.

The event is sponsored by:

- the International Yiddish Center in Vilnius at the World Jewish Congress;

- Va'ad (Federation of Jewish Communities and Organizations of Ukraine);

1. Development of Yiddish literature, theater, cinema and journalism between 1908 and 2018.

2. Trends in the development of the Yiddish language during the last century (functional styles, usage in different social strata, changes in vocabulary, phraseology, dialectology, grammatical rules, language norms and orthography).

3. Changes in the status of the Yiddish language since 1908.

4. The main centers of Yiddish study and research in the 20th century: the Soviet Union, Poland, USA, Israel. The role of the Yiddish Research Institute (YIVO).

6. Yiddish during and after the Holocaust.

7. Yiddish and Hebrew in Israel.

11. Yiddish as a living language in the 21st century. Yiddish and contemporary media.

The evening "Paul Celan: Impact of the Holocaust on the European Culture" will be devoted to life and work of the most prominent German-language Bukovina poet of the 20th century, a Czernowitz native who went through a ghetto and a labor camp in Romania.

The huge contribution of Bukovina Jewish poets to the German poetry will be discussed by a local professor Petro Rychlo and a well-known translator Mark Belorusetz from Kiev.

All materials of the conference will be published. In addition to the academic part, a unique rich cultural program has been prepared. It includes sightseeing tours inside Czernowitz and trips to former Hasidic shtetls/towns; performance of songs and poems of the Yiddish poets - Czernowitz natives; art, book and press exhibitions featuring the Judaic masterpieces of the first half of the XX century; an exhibition of wall paintings of synagogues; film screenings and many other events related to the Bukovina Jewry.

Within the framework of the Week of Jewish Cinema, a film critic Svyatoslav Bakis from New York will present more than ten Yiddish films which will be screened free of charge in a movie theater in the city center.

The winner of the grand prix of the Mikhoels International Jewish Music Contest, singer and music pedagogue Marina Yakubovich, as well as the actress, singer and translator, laureate of G. Segal prize for the contribution to Yiddish culture Ruth Levin, are coming from Israel. Ruth's father, Leibu Levin, was famous in mid-war Czernowitz as a performer and composer; he spent 13 years in GULAG on charges of spying for Romania, and in the 1960s cooperated with Nechama Lifshitz.

For information on issues directly related to the conference, please contact the Chernivtsi University: http://en.chnu.edu.ua/university/events/conference...

The text is written by Diana Shapiro and first published in the ISRAGEO magazine: http://www.isrageo.com/2018/07/29/chern266/