Birthday of YIVO – the academy for the Yiddish language and culture 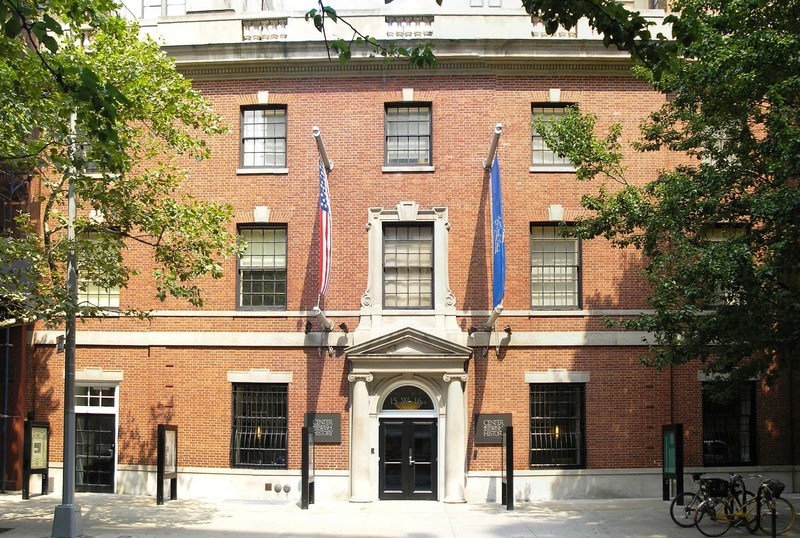 This institution was established in 1925 in Wilno (then in Poland; now Vilnius, Lithuania). Since 1940 its headquarters' address is: 15, West 16th Street, Manhattan, New York City.

YIVO's origins can be traced to the early 19th century, when the German Wissenschaft des Judentums (Jewish Studies) movement marked the first attempt to study Jewish history and texts using modern criteria of empiricism and objectivity.

By 1891, the impact of secularization and modernization led the historian Simon Dubnow to issue a call to save neglected historical materials that documented the East European Jewish past. He believed that knowledge of this past was crucial for creating a new Jewish culture suited to the modern period.

Ber Borokhov, the pioneer of Yiddish philology and theoretician of Labor Zionism, insisted that Yiddish, the traditionally denigrated vernacular, could fill the high cultural functions historically reserved for Hebrew or non-Jewish tongues.

These developments began to bear fruit with the writer and ethnographer S. An-ski's expeditions to document Jewish folklore (1912–1914) and the publication of Der Pinkes (The Chronicle; 1912–1913), the first work of modern Yiddish scholarship and the earliest one to use Yiddish as a medium of academic discourse.

During the World War I, first Yiddish schools emerged in lands under German occupation, creating a need for pedagogical materials in the language. At the end of the war, the Minorities Treaties mandated the states of Eastern Europe to support the educational institutions for national minorities, including Jews.

As cultural work resumed in the early 1920s, scholars in Vilna, Warsaw, and Berlin ran the first Yiddish scholarly journals. Thus, in the wake of World War I, new possibilities opened up for Yiddish scholarship.

The initiative for creating an institutional base for Yiddish scholarship came from a group of Russian Jewish émigrés in Berlin, led by linguist Nokhem Shtif (1879–1933). He characterized his advocacy of Yiddish as "realistic" Zionism, contrasted to "visionary" Hebraists and "self-hating" assimilationists who adopted Russian or Polish.

In February 1925, Shtif distributed his memorandum to leading Yiddish cultural figures in Berlin, New York, and Vilna. The most enthusiastic response came from the last of these cities. It was there that the scholars organized a meeting to discuss Shtif's plan.

The group, which met on March 24-25, voted to endorse Shtif's memorandum (with some modifications) - an event later considered to mark the founding of YIVO.

Since then, YIVO aims to research, preserve and teach the Yiddish language, its cultural legacy, Ashkenazi ethnography and the whole history of Jewish life throughout Eastern Europe, Germany, Russia and their emigrant communities as well as orthography, lexicography, and other studies related to Yiddish.

As one of its main occupations, YIVO preserves manuscripts, rare books, diaries and other Yiddish sources. The YIVO Library in New York contains over 385,000 volumes dating from the 16th century. Approximately 40,000 thereof are in Yiddish.

In addition, the YIVO archives hold over 23,000,000 documents, photographs, recordings, posters, films and other artifacts. YIVO itself issues countless Yiddish- and English-language books and periodicals.

From 1934–1940, YIVO operated a graduate training program known as Aspirantur. Named after YIVO's chairman Zemach Shabad, the program held classes and guided students in conducting original research in the field of Jewish studies.

The Nazi advance into Eastern Europe caused YIVO to move its operations to New York. A second important center, the Fundacion IWO, was established in Buenos Aires.

A portion of YIVO archives was transferred by the Nazis to Frankfurt am Main, Germany to become the basis of their "Institute for the Study of the Jewish Question". In 1946, the U.S. Army recovered these documents and sent them to New York.

The YIVO Library was looted by the Germans, but an organization "The Paper Brigade", headed by Yiddish poet Avrom Sutzkever, were able to smuggle out many books and preserve them from destruction.

These materials were then secretly saved from the Soviet authorities by a Lithuanian librarian, Antanas Ulpis. Nowadays they are held in the Lithuanian Central State Archives and Martynas Mažvydas National Library of Lithuania.

YIVO has undertaken many major scholarly publication projects, the most recent being The YIVO Encyclopedia of Jews in Eastern Europe, published in 2008 in cooperation with Yale University Press. Its content is now available online at yivoencyclopedia.org

In 2014, with the cooperation of the government of the Republic of Lithuania, YIVO current director Jonathan Brent established the landmark Edward Blank YIVO Vilna Online Collections project to preserve and digitize over 1.5 million documents and 12,200 books representing 500 years of Jewish history in Eastern Europe.