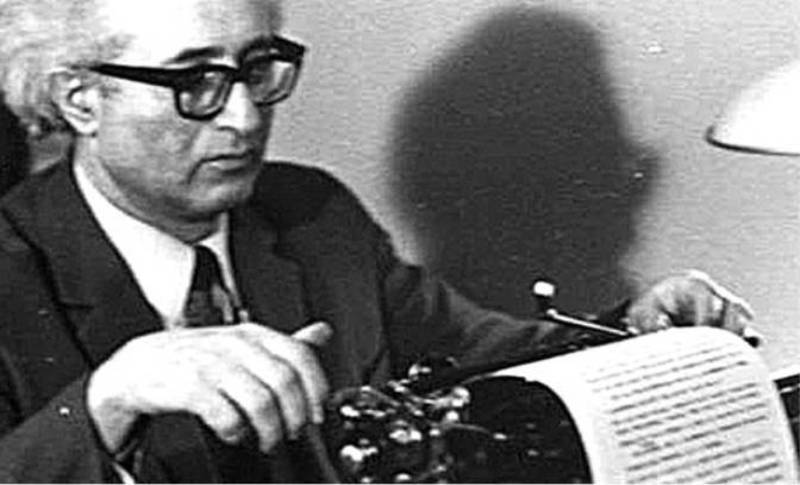 Haim (Khayim) Beider, a prominent Yiddish poet, journalist, and literary historian, was born in 1920 in the shtetl of Kupel, near Proskurov (now Khmel'nyts'kyi, Ukraine). The son of an artisan, Haim studied in the local seven-year Yiddish school, at the Odessa Yiddish Teachers' Training College and a rabfak (workers' faculty) in Zhitomir, and from 1936 to 1940 at the Yiddish department of the Odessa Teachers' Training Institute. After graduating from the Institute, he worked as a teacher in the Stalindorf Jewish National District, one of three such Jewish districts in the pre–WWII Ukraine.

Beider's first poetic publication appeared in 1933 in the central Soviet Yiddish children's newspaper “Zay greyt" (Be Ready). He later published poems in other Soviet Yiddish periodicals; but his hopes to produce an anthology in the late 1940s could not be realized because Yiddish publishing was no longer permitted by the Soviet authorities. He ended up burning his own manuscript. During the war, Beider lived in Tajikistan, working as a journalist for a local Russian newspaper.

He returned to Ukraine in 1946 and lived in Khmel'nyts'kyi and Kam'ianets'-Podil's'kyi, continuing his journalist career at local Ukrainian dailies, as until the early sixties, it was virtually impossible to professionally work in Yiddish in the USSR. Beider was especially interested in such topics as Mendele Moykher-Sforim's life and work, the cultural history of Birobidzhan, and biographies of Soviet Yiddish writers and other cultural and political activists.

He moved to Birobidzhan in 1971 and worked as a staff journalist for the Yiddish newspaper “Birobidzhaner shtern". In 1973 Beider was invited to Moscow to join the editorial staff of “Sovetish Heymland", first as an editor and then as deputy editor in chief. His first poetic collection of poems, “Khanukes-habayes" (A House-warming), was ultimately produced by the Moscow publishing house “Sovetsky Pisatel" in 1979. In 1978 Beider prepared a libretto for the Yiddish musical drama “A shvarts tsayml far a vays ferdl" (A black bridle for a white horse). Till the very end of the magazine's existence (1991), Beider was one of the key figures of the “Sovetish Heymland", carrying on a huge job related not only to the daily work of the editorial board and his own literary career, but also to the fate of Yiddish culture in general.

Beider did his best to help young writers get on their feet. He also found time for creating rhymes for kids and compiling Yiddish textbooks, proverbs collections and anything else he was allowed to do under the conditions of the Soviet regime. Among them, just to mention a primer and a reader for Birobidzhan schools which were issued in Khabarovsk in 1988. His encyclopedic knowledge of Yiddish literature, particularly of its Soviet period, and his exceptional willingness to work made him very popular. Having, by virtue of his position, access to secret Soviet archives, Beider manually rewrote the most valuable documents that captured the history of the development and extinction of Yiddish culture in the USSR in the 20-40s of the 20th century.

Many of his numerous articles on the history of Yiddish literature and culture are included in his 1991 collection “Di vegn, vos mir antdekn" (The Ways That We Discover). In 1998 Beider settled in USA. In 2000 he received the David Hofstein prize in Tel Aviv. In the United States where he assumed an important role in New York Yiddish culture, becoming a staple of the “Forverts" (Forward) newspaper, editor of the “Di Tsukunft" (The Future) magazine, and an active contributor to other Yiddish publications the world over. For decades Beider was compiling a biographical dictionary describing thousands of persons who wrote in Yiddish in the USSR. Perhaps his crowning achievement was the Biographical Dictionary of Yiddish Writers in the Soviet Union, published by the Congress for Jewish Culture in USA in 2011.

What Beider was unable to publish himself, he passed on to his younger colleague Gennady Estraikh, who, while working in leading academic institutions in Great Britain and the United States, subjected them to further scientific processing and immortalized the most important information in books and articles. A quiet, gentle soul and a dedicated cultural activist, Beider was a prolific polymath of a writer, publishing books of poetry, children's literature, essays, and historical study.

Here is a link to the clip of the first performance of a new song “A dank" (Thanks) composed and sung by Marina Yakubovich. The lyrics are by Chaim Beider.