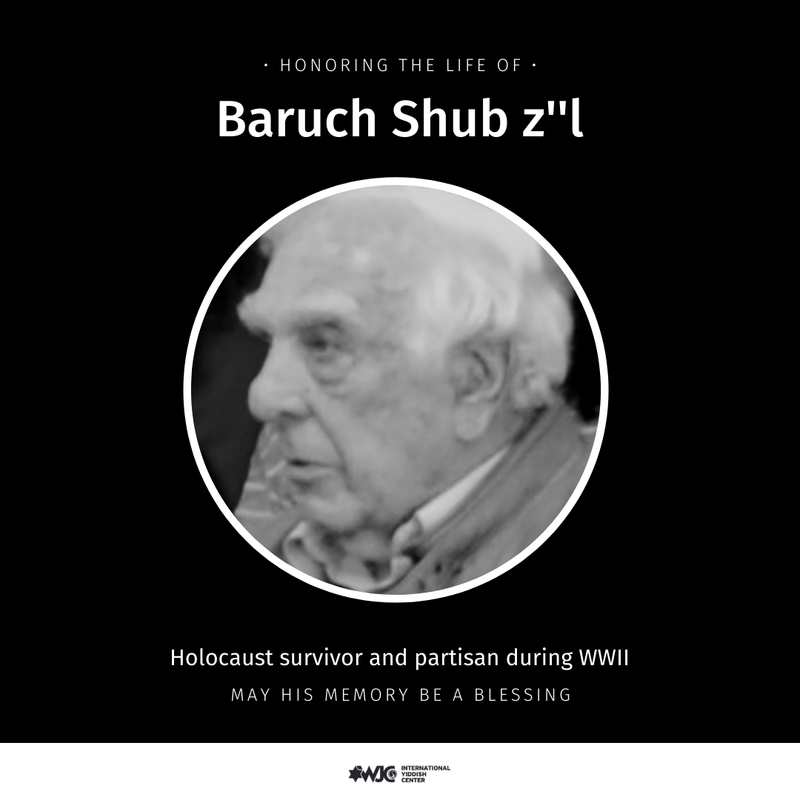 The WJC International Yiddish Center mourns the passing of Baruch Shub, who passed away on December 18th. A Holocaust survivor, he was the chairman of the Partisan Union and a member of the Council of the Yad Vashem Memorial Center.Baruch Shub was born in Vilnius in a Hasidic family. In June 1941, during WWII, the Nazi Germans occupied Vilnius, and Jews were forced into a ghetto. The United Partisan Organization was created in the Vilna ghetto in January 1942, headed by Itsik Vitenberg, Joseph Glazman, and Aba Kovner. Their goal was to organize mass self-defense of Jews in the ghetto, to sabotage the German forces, and join the partisans and the Red Army. Baruch took part in partisan operations in Vilnius. He afterwards joined the Red Army and took part in the liberation of the city. His entire family died in the Holocaust.In 1945, Shub arrived in Eretz Yisrael aboard the Peter II ship, which was carrying illegal immigrants. In Israel, he served as a member of the Yad Vashem Directorate and of the Commission for the Designation of the Righteous Among the Nations.He was 96 years old when he passed away. May his memory be a blessing