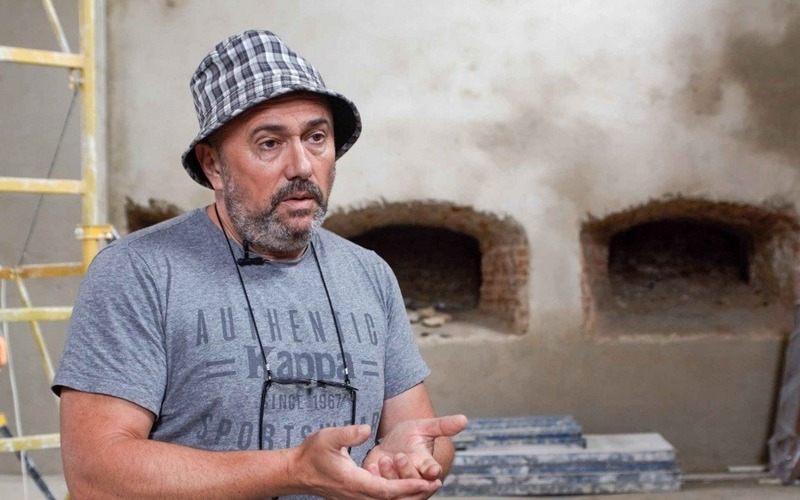 The International Yiddish Center at the World Jewish Congress mourns the untimely decease of the ardent Yiddish culture activist in the shtetl of Ostrog (Ostroh), Ukraine, our close and devoted friend Grisha Arshinov, Zikhroyno Livrokho.

He was only 59 years old while falling victim to COVID.

The heart breaks with pain and the mind refuses to accept that Grisha is no longer with us.

He was a man with a fiery heart and a truly Jewish soul. It is difficult to name someone whose request he would not respond to or to whom he would not immediately help.

He could have moved to any large, comfortable, modern city, but chose to stay in his native Ostrog, as the last keeper of the centuries-old spiritual and material heritage of this Jewish shtetl.

Lots of people may have puzzled by the enthusiasm and trepidation with which Grisha collected and preserved bit by bit documents, books, tombstones and other artifacts. With all this, he tried to perpetuate the local Jewish history in his hometown, as well as in thousands of other places in Eastern Europe.

In recent years, his tireless work on the restoration of Jewish cemeteries, memorial sites, and especially the Maharsho synagogue, has become widely known not only in Ukraine, but also abroad.

Four years ago, he initiated and organized our joint seminar on the Yiddish language and culture at the National University of Ostrog Academy. That event, one of a kind, gained wide publicity in academic and cultural circles all over the Jewish world.

The memory of this amazing man will be a blessing. He left behind a valuable legacy.