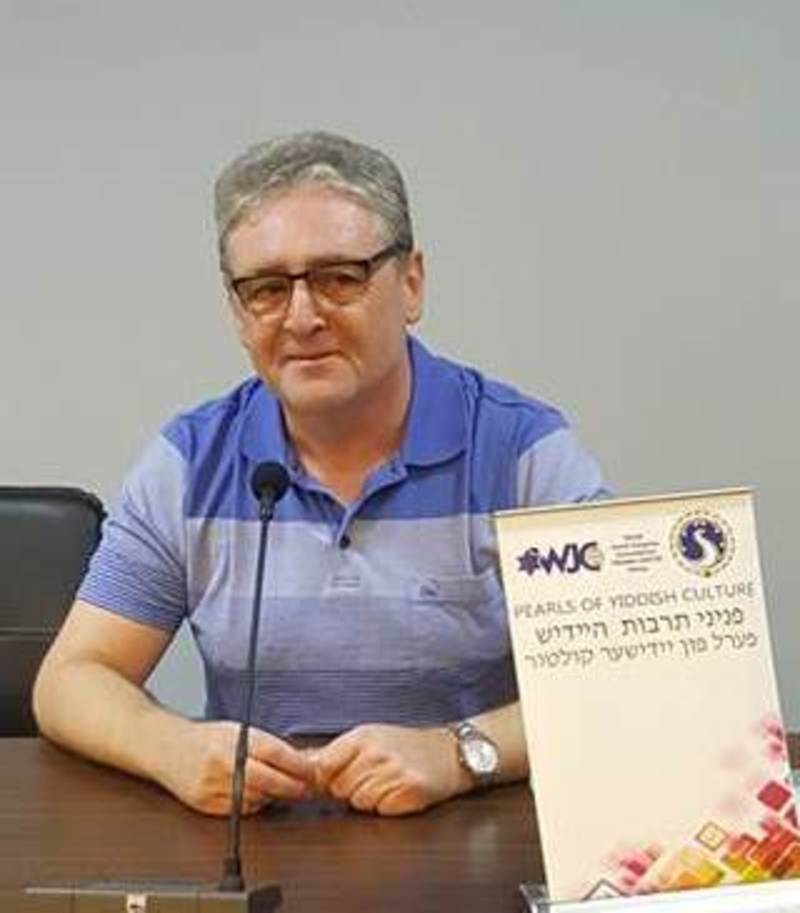 On March 8, 2019 the academic director of the International Yiddish Center at the World Jewish Congress, Dr. Mordechay Yushkovsky provided a public lecture in Tel Aviv Cinematheque: "The last generation of Yiddish writers in the USSR".

About 120 teachers, representatives of public organisations and general public attended the event.

Dramatic history of Jewish literature in the USSR was highlighted at the lecture. The emergence of a group of young authors in the 1980s was particularly astonishing. That was an exceptional phenomenon, to be met nowhere else in the world.

In a dictatorship country where Jewish education was practically destroyed, where Jewish cultural life was strangled, where the top Yiddish writers and actors were executed some 30 years earlier – just there appeared a pretty large group of young Yiddish authors, mostly autodidacts, the majority of whom are going on their work in and with Yiddish.

As an illustration of such creation, works of the contemporary Yiddish poet, prose writer and literature researcher Moyshe (Moissey) Lemster were presented.

Lemster spent his childhood in the Bessarabian shtetl of Edineţ (Yedinetz in Yiddish) and immortalized its post-war mode of life in his peculiar creations. The audience plunged into that atmosphere, full of truly national character and sparkling humour.

Moyshe Lemster made aliya in 2000 and lives in Bat Yam, Israel.