WJC YC lecturers at the international conference in Odessa 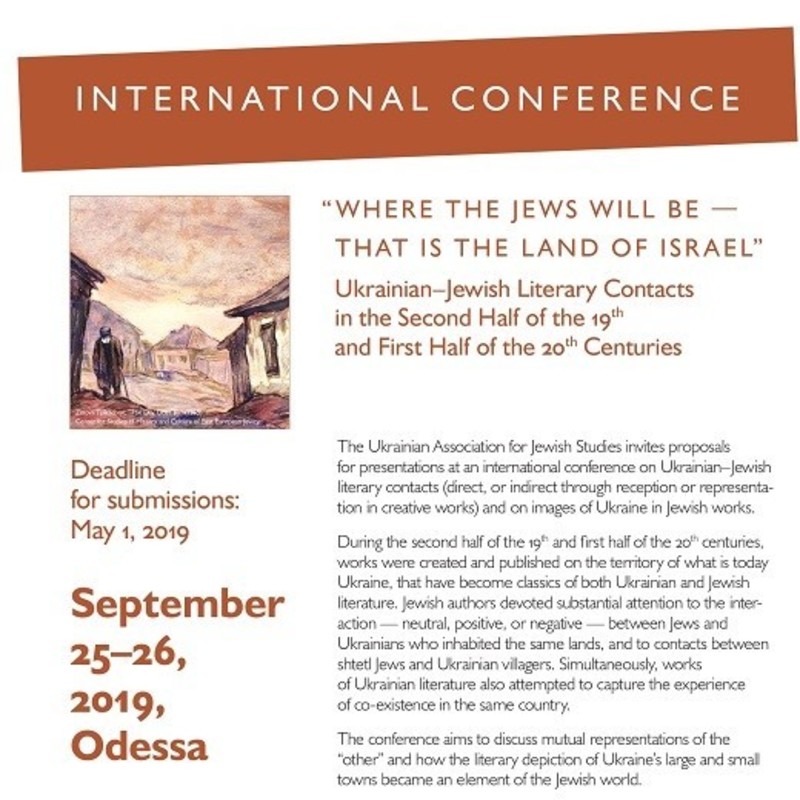 On September 25-26, 2019 two representatives of the International Yiddish Center at the World Jewish Congress – a Kiev lecturer Tetyana Batanova and its academic director Dr. Mordechay Yushkovsky - presented their papers and gave sessions at the international conference «"Where the Jews will be – that is the Land of Israel". Ukrainian-Jewish Literary Contacts in the Second Half of the 19th and First Half of the 20th Centuries».

The event took place in Odessa; it was organized by the Ukrainian Association of Jewish Studies. The other keynote speakers were: Professor Myroslav Shkandrij (University of Manitoba, Canada) and Professor Amelia Glaser (University of California, San Diego, USA)

There were also representatives from Cologne University (Germany), University of Wroclaw (Poland) and various Ukrainian universities.