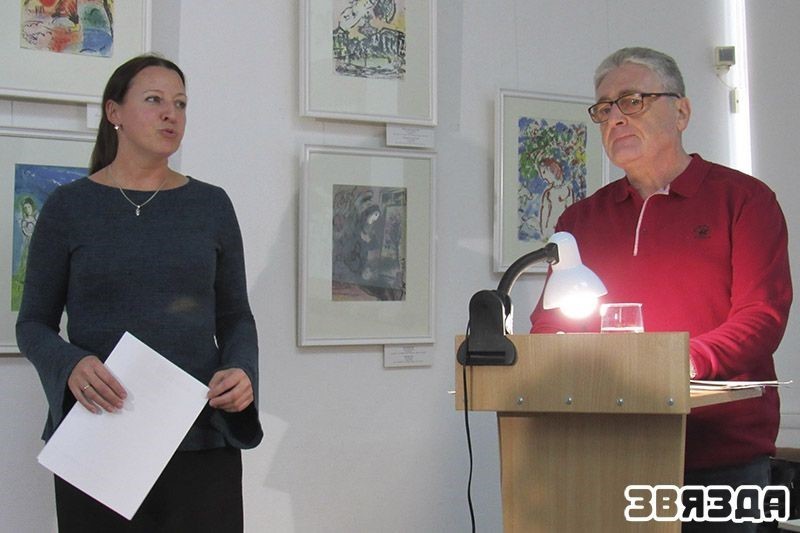 On October 4, 2019 the academic director of the International Yiddish Center at the World Jewish Congress, Dr. Mordechay Yushkovsky, held a lecture in cooperation with Marc Chagall museum in Vitebsk (Viciebsk), Belarus.

The museum, in which the event took place, is located in the house where the painter spent his childhood. It holds a collection of his lithographs, woodcuts, etchings and aqautints. Among the public, there were museum employees, Jewish community members, teachers, students, journalists, and local TV correspondents.

It was in Vitebsk where Marc Chagall absorbed the Jewish tradition and the Yiddish language, which he embodied in his paintings. Thus he became the founder of the manner "to draw Jewish proverbs and expressions".

During the meeting, the expert revealed a completely new approach to the creations by one of the greatest artists of the 20th century. The main postulate of the lecture was that Chagall's works cannot be fully understood in isolation from the original folklore and modern literature in Yiddish, from cultural and religious traditions of the Ashkenazi Jewry.

Marc Chagall's paintings have been "read" in an attempt to understand the inner world embedded in them. Some of his drawings are a literal reading of proverbs and sayings in Yiddish.

Many of the listeners were surprised to learn that the great artist created not only paintings, but also poems in Yiddish. His poetic works are closely associated with paintings and convey additional semantics.