Yiddish seminar in Vilnius for educators from East Ukraine 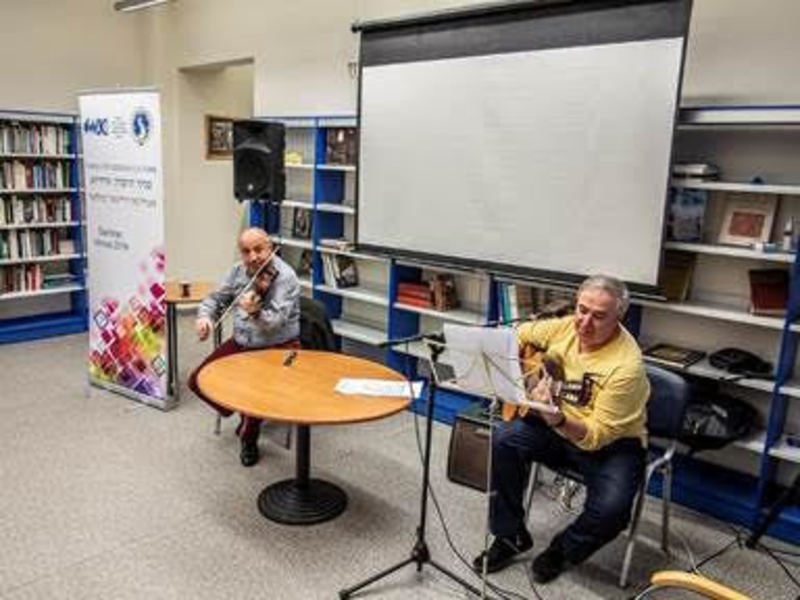 On April 12-14, 2019 a seminar "Pearls of Yiddish Culture" took place in Vilnius for 25 educators from Sumy and other East-Ukrainian cities. The event was jointly organized by the International Yiddish Center at the World Jewish Congress and the Sumy Regional University of Postgraduate Education.

It was the second time the seminar for educators from that region was held in the Lithuanian capital: the previous one took place in December 2018.

Two experts from Lithuania – Dr. Vilma Gradinskaitė and Dr. Lara Lempert - had been invited to provide lectures. V. Gradinskaitė spoke about Shtetl, its inhabitants in Jewish art and L. Lempert narrated Jewish intelligence during interwar period in Vilnius and Lithuania. The lectures were warmly received, they triggered lots of questions and interest in pre-war Jewish life.

WJC YC academic director, Dr. Mordechay Yushkovsky focused on subjects of Jewish culture in general and Jewish folk literature in Ukraine namely. This subject was interesting in particular for the Ukrainian educators: they confessed that their knowledge about their pre-war Jewish fellow- citizens had been rather poor and such seminars give a very good opportunity to fill in the gaps.

A lecture-concert, conducted by the violinist Boris Kirzhner and the guitarist Mikhail Yablonsky, was like a cherry on the cake of the seminar. High spirits, both of the performers and the audience, lingered in the air through the whole performance. Dr. Yushkovsky was explaining what the songs are about, what their derivation and meaning is.

The participants expressed their high appreciation of the whole seminar and assured its importance of reviving Yiddish culture in memories of contemporary people.

Here are feedbacks from the participants.

"I wish to thank you for the unforgettable experience in Vilnius. Both, organisation and the content of the seminar were on the highest level. Thank you for the acquired knowledge and for inspiration for further development. Hope that cooperation between the WJC Yiddish Centre and the Ukrainian Institute "Tkuma" for the Holocaust studies will keep on, which is very important for inspiring of interest to the heritage of the "Yiddishland" in Ukraine."

Yegor Vladiy, Deputy Director of the Ukrainian Institute for the Holocaust Research "Tkuma"