Yiddish seminar in Odessa for educators of JCC “Migdal” 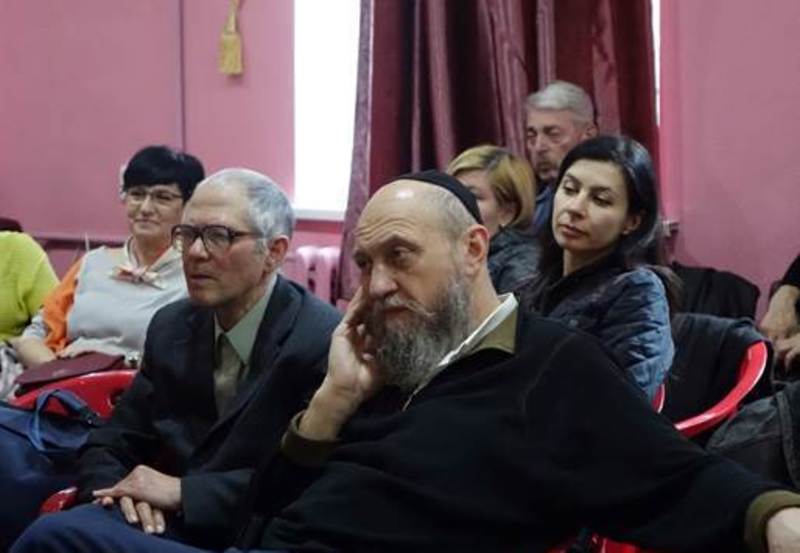 On March 17-18, 2019 the International Yiddish Center at the World Jewish Congress conducted a seminar "Pearls of Yiddish Culture" for the professional staff members of the Jewish community center "Migdal" in Odessa, Ukraine.

WJC YC academic director, renowned expert in the Yiddish language and culture Dr. Mordechay Yushkovsky provided four lectures on the following topics: "Yiddish as a treasury of national and universal memory"; "Between hammer and sickle" – chapters from the history of Yiddish literature in the USSR"; "Odessa in the Yiddish literature"; "Secrets of Jewish humor".

Dr. Mordehay Yushkovsky overviewed the history of Yiddish language and culture, their part and role in the Jewish culture in general. He told about the achievements of Jewish literature, theater, cinema, periodicals, about the Yiddish culture events during the Holocaust and after it. He also drew attention to the trends of the Yiddish language developments during the XX century.

His lectures, illustrated with impressive facts and images, fixed the public attention for several hours. The audience of 40 people comprised educators and other officials of JCC "Migdal", as well as attendees of Yiddish courses.

The organizers hope that holding such kind of seminars will serve as another step towards revival of Yiddish language and culture.