Lectures about Chagall and Yiddish in Moscow 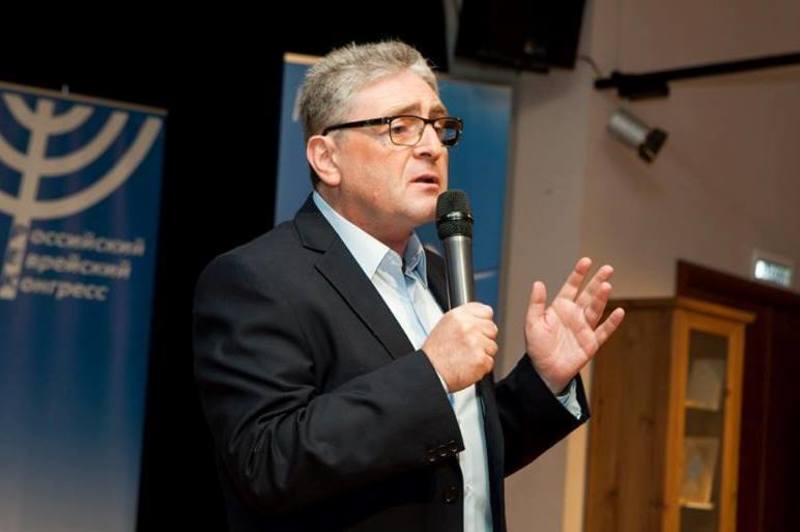 On May 28-29, 2019 the academic director of the International Yiddish Center at the World Jewish Congress, Dr. Mordechay Yushkovsky, delivered two lectures on the topic "Marc Chagall – a painter who painted in Yiddish" in the Russian capital.

Most of the 50 spectators at the first lecture are employees and members of the local club named after Marc Chagall. It was at the invitation of the club's director, Mis Tatyana Oniashvili that Dr. Yushkovsky arrived in Moscow.

During the meeting, the expert revealed a completely new approach to the creations by one of the greatest artists of the 20th century. The main postulate of the lecture was that Chagall's work cannot be fully understood in isolation from the original folklore and modern literature in Yiddish, from cultural and religious traditions of the Ashkenazi Jewry.

The second lecture was held in the premises of the Moscow Jewish Community Center on Bolshaya Nikitskaya Street within the framework of the cultural program "Meetings and Reflections". Marc Chagall's paintings have been "read" in an attempt to understand the inner world embedded in them. Some of his drawings are a literal reading of proverbs and sayings in Yiddish.

Many of the listeners were surprised to learn that the great artist created not only paintings, but also poems in Yiddish. His poetic works are closely associated with paintings and convey additional semantics.

Both lectures were illustrated by dozens of slides. They provoked lively discussions.