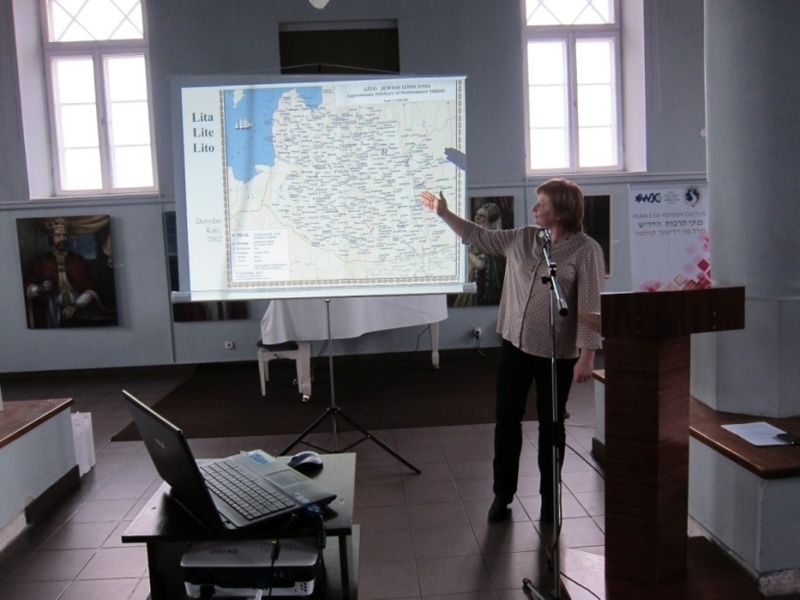 On February 18–19, 2019 the representative of International Yiddish Center at the World Jewish Congress, Dr. Vilma Gradinskaitė provided two lectures at the seminar "Lithuanian Jewish History in the Context of the Program of General Education" which was held in Kėdainiai. 29 teachers from all over Lithuania attended them.

The main goal of the first lecture "Shtetl and its structure" was to demonstrate what a significant role in understanding of Yiddish culture and traditions the shtetl – the traditional living space of Litvaks (Lithuanian Jews) inside the Pale of Settlement - plays. The participants analysed views of shtetls by Jewish artists, stressing such key objects as roads, dwelling houses and synagogues, market places and fairs, as well as symbolic meanings of some depicted objects in the panoramas. Some comparison between Jewish and Lithuanian living spaces was done, too.

The second lecture "Jewish traditions and holidays" introduced differences between Ashkenazi and Sephardic Jews, explained in short the essence of Judaism and presented such basic Jewish books as Torah, Talmud and Sidur. Different Judaism branches and movements, including Orthodox, Conservative and reformed Judaism were examined too, as well as Hasidism and Kabbala.