Yiddish musical group at the international festival in Kazan 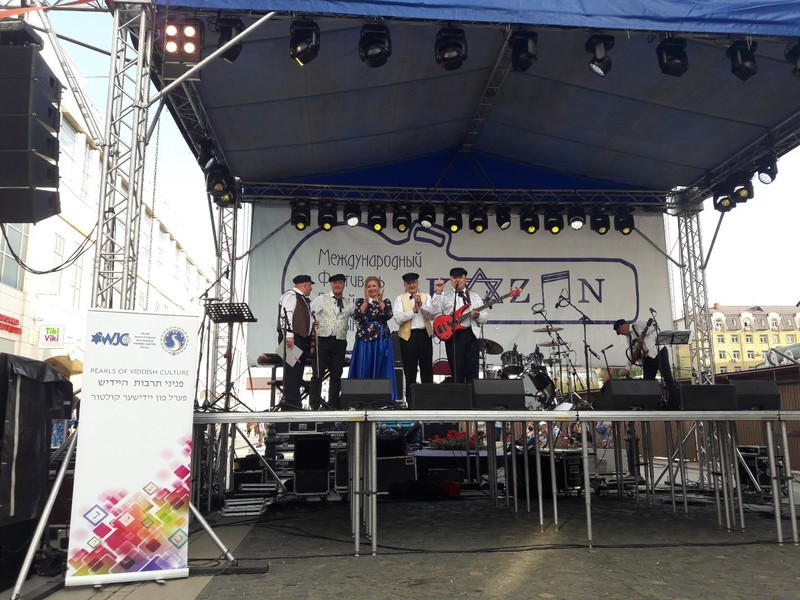 On September 15 - 17, 2019 the «Fayerlech» (Little Lights) musical group from Vilnius took part in the 8th International Festival of Jewish Music, organized by the Jewish Community of Tatarstan. They performed there on behalf of the International Yiddish Center at the World Jewish Congress.

The festival was held in Kazan, the capital of the Republic of Tatarstan. Performers of Jewish music came together from Moscow, Tula, Omsk, Ulyanovsk (Russia), Minsk (Belarus), and many other cities. Тhe festival was initiated as a platform for consolidating all the nationalities and ethnic groups living in Tatarstan – a mostly Muslim region.

Some of the concerts took place at the large hall for music and entertainment "Pyramid", while others were open for broad public; everything was free of charge.

"Fayerlech" was founded in 1972. Although its members and leaders changed from time to time, the group remained very popular. Its appearances at the festival gained rousing reception, too. The first open-air concert gathered over 500 inhabitants of Kazan.

During its second appearance, "Fayerlech" shared the scene with a popular singer Mikhail Shufutinsky. About 1000 spectators attended the event.

It should be mentioned that the "Fayerlech" was the only group which sang in Yiddish – quite an exotic language for most audience.