Lecture in Yiddish literature for Lithuanian teachers in Kaunas 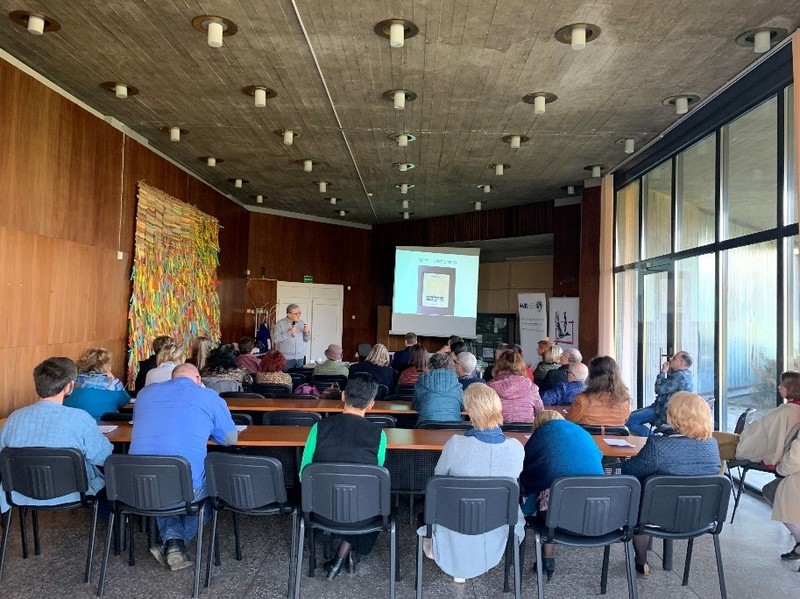 On October 14, 2019 in the city of Kaunas, Lithuania, the Academic Director of the International Yiddish Center at the World Jewish Congress, Dr. Mordechay Yushkovsky, delivered a lecture for school teachers from multiple towns of that country.

This event was as a part of the cooperation of WJC YC with the International Commission for the Evaluation of the Regimes of the Nazi and Soviet Occupation of Lithuania and with the 9th Fort Museum, which was opened on the site of the mass extermination of the Jews of Kaunas and vicinity during the Holocaust.

The talk, held at the 9th Fort Museum, dealt with the Yiddish language and the multifaceted culture which was created in it by Lithuanian Jews (Litvaks) before World War II. The lecturer spoke about Yiddish writers who came from Lithuania and Belarus: Avrom Karpinovich, Shmuel Gordon, Chaim Luntsky, Moyshe Kulbak, Joseph Rabin, Alec Natas, Shira Gorshman - and quoted their works, most of which little known to the modern audience (even never translated into any language).

The linguistic features, style and intonation of the works of those writers, their manner of depicting life and death, convey an idea of what the extinct Jewish world of Lithuania looked like.