Lecture about Yiddish in the Holocaust museum of Odessa 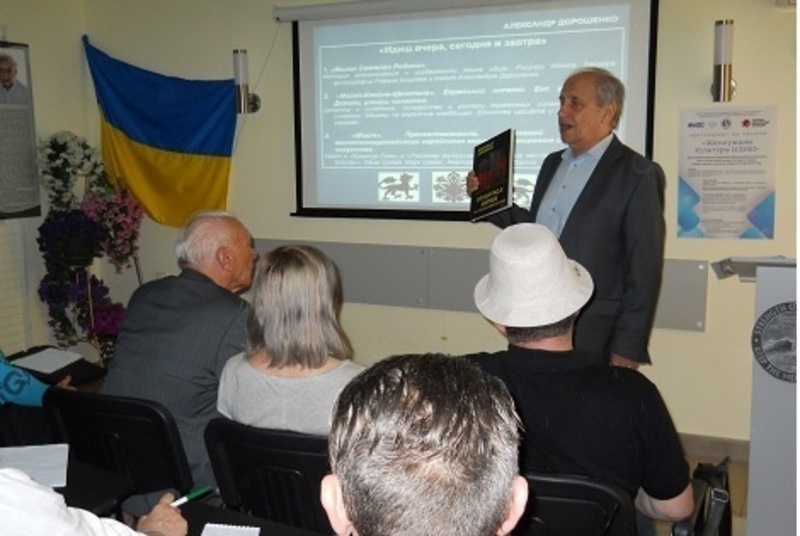 On May 24, 2019 the representative of the International Yiddish Center at the World Jewish Congress, Professor Alexander Doroshenko, provided the first lecture of the series "Yiddish yesterday, today and tomorrow".

It was intended for teachers, students, professionals and volunteers of the Holocaust museum in Odessa, and was held in the Museum's premises. About 25 listeners attended the event.

A special focus was drawn to the organisation of a Jewish shtetl's life, its structure, including a synagogue, a market square, a printing house, a cemetery, etc. The narration was illustrated by numerous works of prominent Jewish artists.

Particular attention was paid to the book of Mark Chagall's wife Bella Chagall, "Burning Lights", which is devoted to the great artist's childhood and to all aspects of Jewish domestic life.

Emerging and development of the Yiddish language (mame-loshn), its origin and transformation during historical migrations of the Jewish people in Europe were emphasized by the lecturer. He pointed out that Yiddish is one of the most perfect and highly developed languages in the world - due to its amazing possibilities to integrate other languages and to its ability to express a broadest spectrum of intimate human feelings and experiences.

The particular accent was made over the Yiddish influence on Russian, first and foremost the "Odessa language".

The last part of the lecture was devoted to the Holocaust problem. The lecturer also drew the audience's attention to the rebirth and re-establishment of the State of Israel.